Dr Xiaobo WU is Professor of Innovation and Strategic Management, School of Management, Zhejiang University. He is honored as Chang Jiang Scholar Professor by Ministry of Education, China for his outstanding achievements in innovation and entrepreneurship research and education. He is director of National Institute for Innovation Management at Zhejiang University. He is also the director of the Zhejiang University—Cambridge University Joint Research Center for Global Manufacturing and Innovation Management and Ruihua Institute for Innovation Management, and was appointed as senior vice president of International Council for Small Business in 2012. He also serves as the vice-president of the Central and East European Management Development Association (CEEMAN). For many years, Dr. Wu has been focusing on managing technological innovation and entrepreneurship, global manufacturing and network-based competitive strategy. He is at editorial boards of academic journals, as IEEE TEM, AJTI etc. He has been actively involved in management consulting and was the advisor and board member of leading companies including Geely, Siemens China, Hikvision, XIZI UHC and etc.

Anthony Arundel is a Professor of Innovation at the University of Tasmania in Hobart, Australia and concurrently a Professorial Fellow at UNU Maastricht Economic and Social Research and Training Centre on Innovation and Technology (UNU-MERIT). He was previously a Senior Researcher at UNU-MERIT since 1992. He specializes in the design, implementation, and analysis of innovation surveys. His research interests include questionnaire design and methodology, technology assessment, environmental issues, intellectual property rights, biotechnology, and knowledge flows from public research to firms. 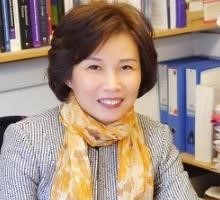 Xiaolan Fu (傅晓岚) is the Founding Director of the Technology and Management Centre for Development (TMCD), Professor of Technology and International Development and Fellow of Green Templeton College. She was appointed by the Secretary-General of the United Nations to the Ten-Member High Level Advisory Group of the UN Technology Facilitation Mechanism and to the Governing Council of the UN's Technology Bank for Least Developed Countries. She is also a member of the UN SDSN Leadership Council led by Jeffrey Sachs and a member of the Council for Global Economic Transformation co-chaired by Joseph Stiglitz and Michael Spence. 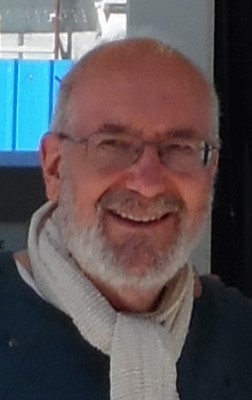 John A. Mathews is Professor of Strategic Management at Macquarie Graduate School of Management, Macquarie University, Sydney, where he has taught graduate MBA classes for the past decade. He is the author of Strategizing, Disequilibrium and Profit (Stanford University Press, 2006), Dragon Multinational: A New Model of Global Growth (Oxford University Press, 2002), Tiger Technology: The Creation of a Semiconductor Industry in East Asia (Cambridge University Press, 2000) and numerous papers in the academic management, strategy and innovation literature. Professor Mathews has worked internationally with UNCTAD, UNIDO and the World Bank, and was a Visiting Scholar at the Rockefeller Foundation Study Center at Bellagio, in Italy, in September 2004. 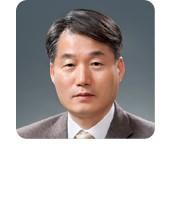 Keun Lee is a Professor of Economics at the Seoul National University, and the founding director of the Center for Economic Catch-up. He has been awarded the 2014 Schumpeter Prize for his monograph on Schumpeterian Analysis of Economic Catch-up: Knowledge, Path-creation and the Middle Income Trap (2013 Cambridge Univ. Press) by the International Schumpeter Society. He is also the President-Elect of this Society. He is currently a member of the Committee for Development Policy of UN, a co-editor of Research Policy, a member of the governing board of Globelics, and had also served as the President of the Asia-Pacific Innovation Network. 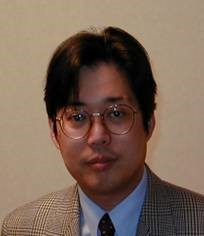 Kazuyuki Motohashi is Professor, Department of Technology Management for Innovation (TMI), School of Engineering, University of Tokyo. Until this year, he had taken various positions at the Ministry of Economy, Trade and Industry of the Japanese Government, including executive deputy director of Research and Statistics Department, head of international public relations office at International Trade Bureau and deputy director of Planning Division of SME Agency. He had worked also for OECD from 1995 to 1998 as an economist at Economic Analysis and Statistics Division of Directorate for Science, Technology and Industry. His research interest covers a broad range of issues in economic and statistical analysis of innovation, including economic impacts of information technology, international comparison of productivity, national innovation system focusing on science and industry linkages and SME innovation and entrepreneurship policy. He has published several papers and books on above issues. Mr. Motohashi was awarded Master of Engineering from University of Tokyo, MBA from Cornell University and Ph.D. in business and commerce from Keio University.

Patarapong Intarakumnerd is now a full professor at National Graduate Institute for Policy Studies (GRIPS) in Tokyo. His research interests include innovation systems in Thailand and newly-industrialising countries in Asia, industrial clusters, technological capabilities of latecomer firms, innovation financing, and roles of Research Technology Organisations and universities. He is a regional editor and a member of international editorial boards of several international journals related to innovation management and policies.  He has worked as an advisor/consultant for the World Bank, UNESCO, UNCTAD, OECD, JICA, German Development Institute, International Development Research Center of Canada, Economic Research Institute of ASEAN and East Asia.